Sometimes a cat’s full name is immediately apparent. Sometimes it reveals itself gradually.

A few years ago, after much discussion, we realized Damian has a middle name: Vaslav, after the great Nijinsky, of course. More recently another revelation descended: for all five years of his life, Damian had been using Melissa’s last name, but that’s not his real last name. His real last name is

(For those of you who don’t speak Spanish, that can be translated as “Cheezy Pantsâ€”wanna make something of it?”) 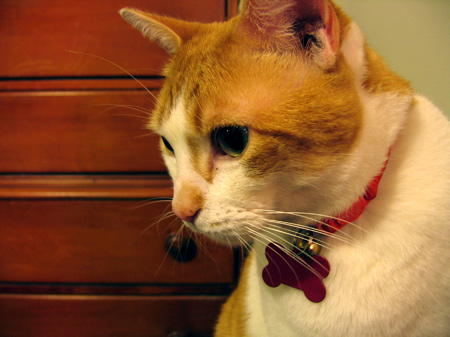 It suits him, don’t you think?