Last night, I suddenly realized that with the exception of a bit of mindless knitting-in-meetings I hadn’t done any real knitting since Sunday. Egad! It was a miracle that I was still upright and could form semi-coherent sentences. Of course, I remedied the situation right away by sitting down for two-and-a-half hours and knitting another skein’s worth on my Swallowtail. I am now past the central lace pattern and working on the three remaining lace charts.

And in keeping with complete disorganization and behindedness, let me share a few pictures from the winter break. As Melissa and I were driving home from Walking with Dinosaurs: The Live Experience, we saw a great twinkling of lights along one of the frontage roads. One crazy swerve and we were off the highway and investigating things for ourselves. 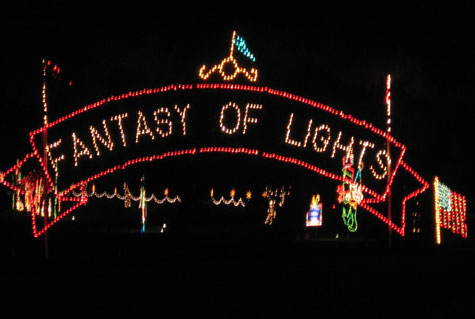 We had to pay $12 to enter, but we were on a date, so we excused the extravagance as a romantic gesture. 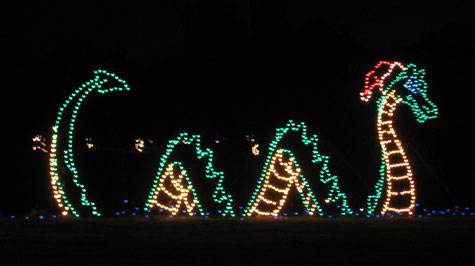 And what holiday would be complete without a smiling tooth to remind us of the importance of good dental hygiene? 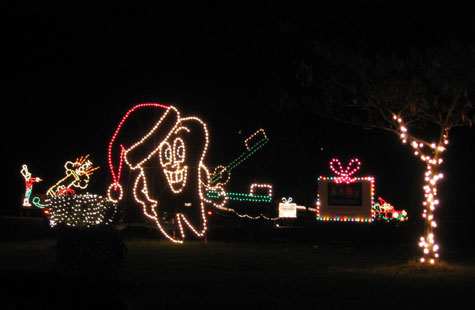 In keeping with the evening’s theme, there were dinosaurs. 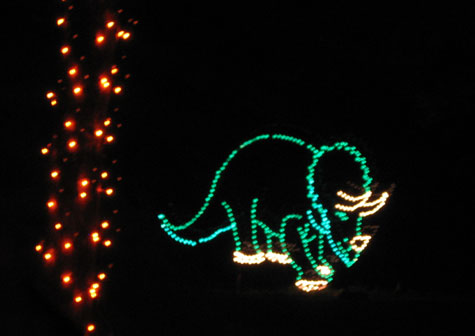 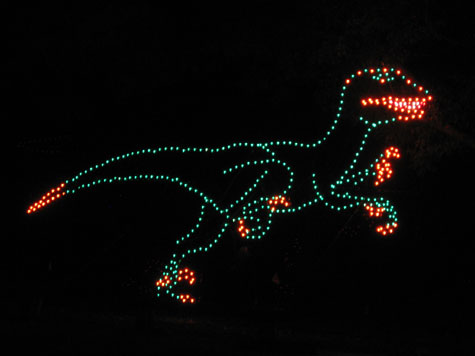 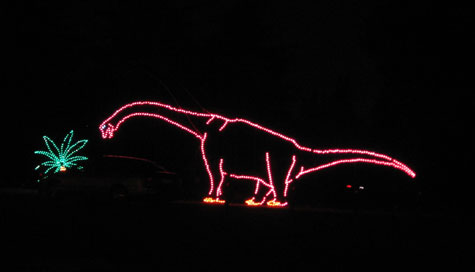 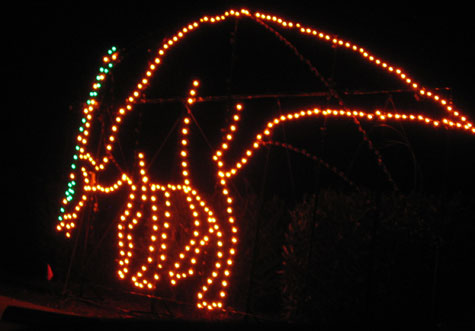 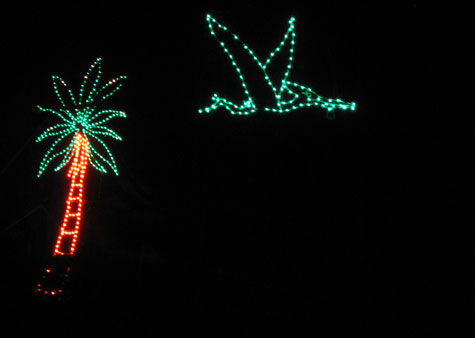 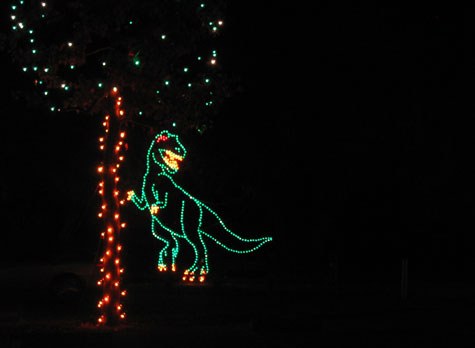 We also saw a pirate galleon that launched illuminated cannon balls from time to time. 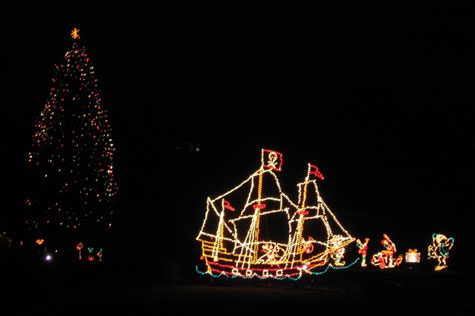 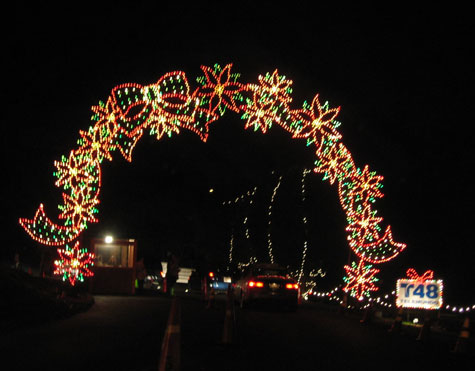 … which resulted in complete disorientation and forty-five minutes of driving about in utter confusion until we found a highway again. It wasn’t even the right highway, but it was a highway (an highway?), and we gave thanks for its discovery and gradually worked our way back to our original route.

P.S. Here are the latest knits I’m drooling over.

â€¢ Bee Fields Shawl. Check out the interplay of vertical and horizontal lines and the way the two lace patterns are worked together along the border.

â€¢ Japanese Vines Scarf. This lace pattern has wonderful linesâ€”it reminds me of deco fabrics from the turn of the 20th Century.

â€¢ Puppy Mittens (that’s right, puppy mittensâ€”so cute even a cat person loves them). You can get an English version of the free pattern here. The colorwork chart is here.